Eyes were wide open and opinions divided when UK Member of Parliament Michael Fabricant published a video where he apparently cycled naked in a London park to promote his idea for a charity naked bike ride in support of a local hospice. He said he was inspired by the UK’s World Naked Bike Rides.

Opinions were varied in the WNBR community.  We celebrate and encourage diversity – WNBR and cycling should be for everyone – even MPs. We also welcome publicity that helps us to promote our mission.

As a campaign that seeks to improve wellbeing through improved environment, healthier lifestyles and better attitudes, we are a political protest group – but not in terms of party politics. We would not wish to appear aligned to any specific politician or party or political philosophy. We also do not wish to divert our focus by becoming aligned to unrelated causes or campaigns. Nevertheless, if politicians wish to ride with us or support us in other ways – the more the better.

Some of the opinions expressed by WNBR supporters on social media were:

According to the BBC, Prime Minister Theresa May’s official spokesman said: “The Prime Minister wishes Michael the very best of luck with his fundraising. He is raising money for an excellent cause and I’m sure that St Giles’ Hospice will be very grateful for his efforts.”

WNBR London wishes Michael Fabricant the best of luck with his charity work!

You can watch Fabricant’s naked bike ride promotion on Youtube at https://www.youtube.com/watch?v=NiSPywlJbA0

“I have achieved the right balance between energy and experience and I love to do new things. I took part in the World Naked Bike Ride in London recently, which was set up to protest against cars and celebrate the human body. I wore big underwear and it was wonderful to be part of something so joyful and nonjudgmental.” 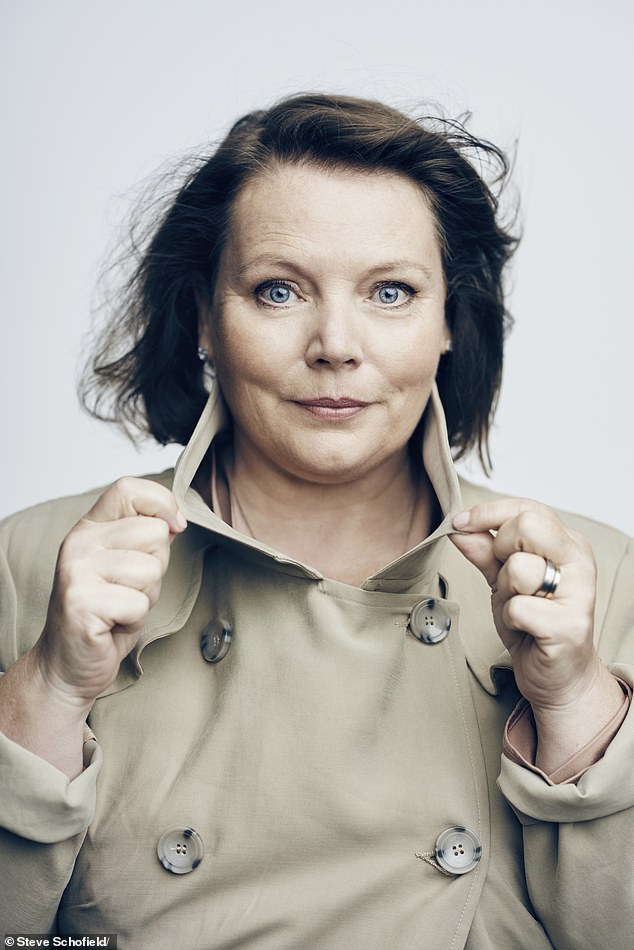 Bravo Joanna, we hope to see you again next time!

A lot of you have been asking about how best to find photos of yourselves on the ride.

WNBR does not collect, curate or publish photos except for a few good quality ones we use with permission on our website or social media.

We always have reservations about photos because we know a tiny proportion of people with cameras are sleazy people trying to take inappropriate photos – and they often like to post them on public sites.  It can give you a bad feeling about the human race.

The two ideas we’d suggest are Google and Instagram.

On Google, a search for something like london naked bike on the image search option with date set to the right period shows a lot of good photos – most of which are OK.

Instagram is harder due to the way its search works, but you will get some good results searching for #wnbrlondon.

We no longer recommend Flickr. It has been losing popularity as a general photo sharing site (because most people use their social media), but is still used by serious photographers and by people sharing adult photos. You may find some bad content. Because most WNBR photos will be classified as “adult” you would need to log in and set your options to see them.  There are some photographers and groups who claim to be WNBR – they are fake and almost certainly to be avoided.  One genuine group to look at is London Naked Bike Ride, but it is a bit unbalanced in the content that has been posted. In 2022, Flickr announced they will close all free accounts that contain moderate or restricted content – and WNBR photos usually fall into those categories.  As well as losing photos, this means many of the volunteer moderators will lose access and can no longer help or protect you.

Amelia Allen is a fashion, portrait and documentary photographer. She has had work published in magazines such as Vogue, Vanity Fair, The Sunday Times and Harpers Bazaar.

Amelia captured some great photos of the World Naked Bike Ride which were included in her book and exhibition NAKED BRITAIN.

We invited her to join the team as the official photographer for WNBR.London.  Take a look at some of her work in the gallery.

The police keeping us safe

Riding alongside the Thames

Amelia Allen is a fashion, portrait and documentary photographer. She has been photographing shows, clothes, models, celebrities and London Fashion Week every season since she was eighteen. Her developing interest in reportage photography comes from her enjoyment of travelling, meeting various people and observing them in their everyday life.

Her first photo book Naked Britain was published in November 2017. The book is a sociological documentary on British Naturism which she spent 2 years shooting. It is a look at modern day attitudes to body image and complete opposite view of nudity that we usually see in the media and fashion industry. She has recently had two solo exhibitions one at Herrick Gallery in Mayfair, London and another at Gallery Close in Edinburgh.

Naked Britain is currently stocked in Waterstones, The Photographer’s Gallery, Foyles and several other art bookshops throughout Europe and the US.

The book received international press including a TV interview on BBC World News and newspaper interviews in The Telegraph, The Times and The Daily Mail to name a few.

Below are some words from Amelia on creating this body of work.

“Being a fashion photographer, means that I have spent the majority of my career photographing conventionally beautiful and aesthetically pleasing models who are used to display clothes. Everything surrounding this is, of course, to do with body image and having to look a certain way to fit a specific societal construct of what is seen as beautiful. Growing up today, through such a politically dynamic time, where women’s rights are a huge issue, I wanted to create a project that took liberation and freedom of body image into the limelight. I wanted to photograph a community that represented equality in body image, appearance, sexuality and gender.

I wanted to step away from the conventionality and pressures that surround a typical fashion shoot and also from social media and the retouching and considerable behind the scenes efforts to create the ‘perfect’ photograph. I badly wanted to move away from the prevailing assumptions that society leads us to believe when we think of a naked body, and photograph something that goes against this, which, is how I discovered naturism. As the project progressed I was fascinated by the fact that one week I was shooting London fashion week runway shows, and just twenty miles away was an entirely naked community, lounging in their own freedom of self love, liberation and body acceptance. Fashion is used as self expression and I wanted to photograph this juxtaposition of people expressing themselves by using their raw materials, their naked bodies as opposed to the conventional use of clothes for self expression.

I was captivated by naturism and what it really means to be a naturist and it was an incredible experience to be welcomed so warmly into another part of society which most people in Britain have no idea exists. Every time I walked out of the naturist clubs, I was filled with inspiration, opened up to a completely different world where body image, no matter what size, is accepted! I quickly started to recognize that fashion and clothes are all labels; a quick easy way for people to judge you, give you a status, a place in society (which of course, we are all accountable for) but, with naturism, you could literally be a prince or a pauper and nobody would know because when you are naked, nobody knows who you are in society and for once, you are equal to everyone around you.

I felt like the human body had been sexualised and actually most of the time our reproductive organs are not being used so why is being naked sexy or sexualising oneself? I wanted to take the sexuality out of the human body and have a book that celebrated the diversity and wide spread of different body types and ages in the naturist community that wasn’t art directed or cast by a model agent.

I felt that as a female British photographer, having grown up here the attitude towards nudity was that it was distasteful or unsightly unless it is for sexual reasons/ pleasure/ editorial. There was a double standard. It was OK to see a woman with perfectly round perky breasts on the side of phone box or on Instagram but a mother breast feeding in a café was offensive. I decided to photograph the most British scenarios like the pub, tennis, water park, bike rides, discos, festivals, museums and people doing everyday tasks without clothes on. All stereotypical every day tasks/ outings but without any clothes on makes you do a double take and see the image and subject differently.

The whole book is un-retouched and shows the human body for what it is, stretch marks and all. What I liked about the naturist community was that in this day and age there are still 10,000 members of a club that are in a supportive community. Naked, they feel liberated and free despite the pressures of society, social media and advertising. I felt a desperate urge to photograph another side of society; I wanted to experience something away from fashion, but something still very much focusing on the beauty of the human body; and naturism was perfect for this.”

Massive thanks to the riders and marshals who made this year’s ride the biggest and best ever. It was a great day – good people and good weather, albeit with some snags – but that’s normal.

Some of you might be disappointed that we missed out some of your favourite landmarks and were a bit late. There were a lot of blockages and danger areas as a result of several conflicting and sometimes violent demonstrations in Central London. We had info from the police, TfL and our own people watching CCTV and actually at potential trouble spots. All the start groups made diversions.

For the final leg, one of our stewards reported in the violence in Trafalgar Square. You may have heard 5 police officers were injured, a tourist bus was hijacked and smoke bombs were thrown. We took you on a planned and tested diversion route, which is why you didn’t get to sing Happy Birthday to the Queen at Buckingham Palace.

We hope you still enjoyed the day and we’re sorry we had to make those diversions to keep you safe. Thank you so much for making it a success!

A French film crew from vivrenu tv made an excellent documentary film about the WNBR London 2017 ride. It is, partially, in French.  It is “age-restricted” and includes footage of naked bike riders.

YouTube killed this excellent video but it’s now back on Vimeo instead! They have also reinstated some of their other WNBR films.

We are sorry to report that Stephen Fry has announced that he will not be riding with us this year. We hope he will be up for it next year.